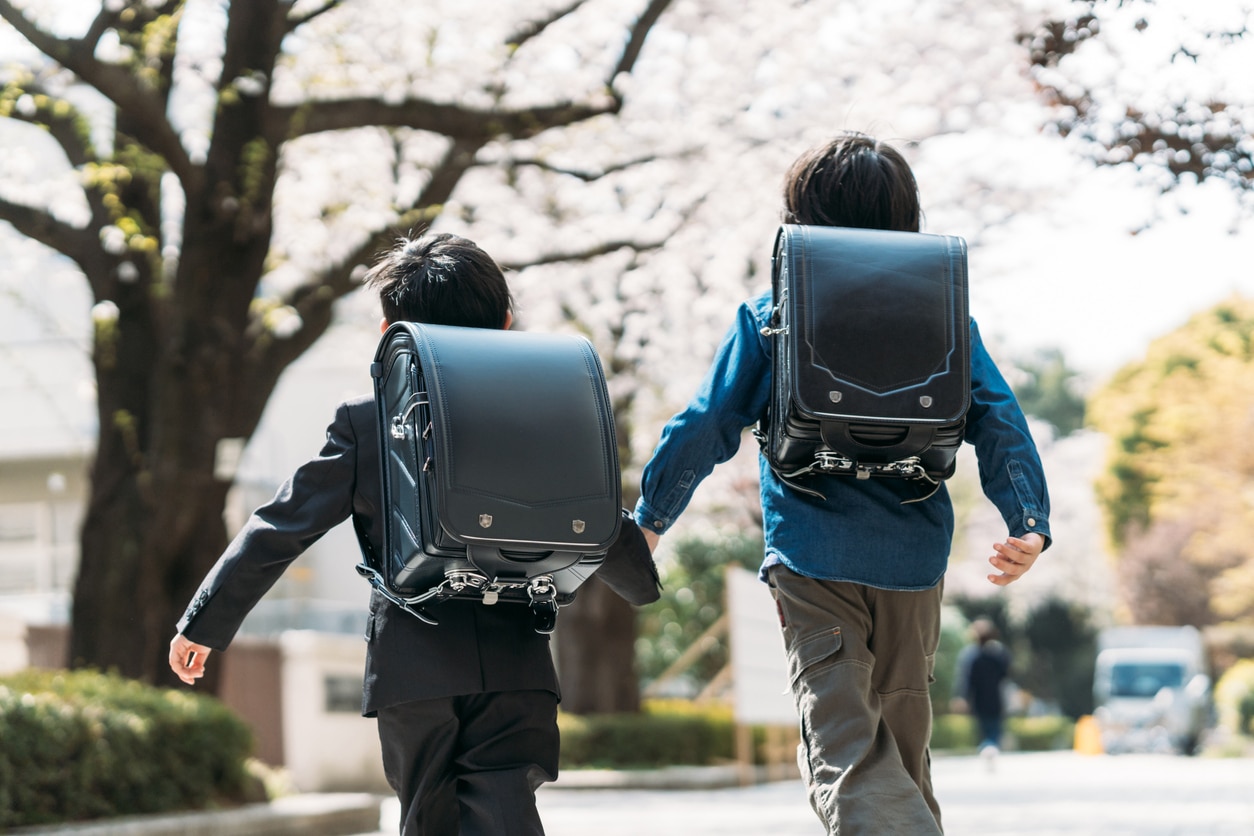 The Randoseru is more than just a school backpack. It has long since become an icon of Japanese pop culture. The Randoseru appears in anime and TV shows, and has even been spotted in Hollywood. What hardly anyone knows: The roots of the “original Japanese” backpack are said to lie in Prussia.

Whether in the countryside or in the city – he is simply everywhere. He, that is the “Randsel”, in Japanese also known as “Randoseru” (ランドセル). This is the traditional to iconic backpack for Japanese elementary school children.

Typical of the Randoseru, apart from its shape and its price (> 600 euros is around standard), is its extremely high level of robustness. That‘s a must, since it is intended to serve as a loyal companion for schoolchildren – and often their siblings and own children – from the first to the sixth grade. And it does this a million times over: almost every elementary school child in Japan wears a Randsel on their back – and one in three of them wears a model from SEIBAN.

The origin of randoseru is closely linked to Japan’s foreign policy history. Experts believe that the word “Randoseru” comes from the German word “Landser”. What speaks for this: “Landser” would actually be written “Randoseru” in Japanese script with Latin letters (= Romaji orthography).

What speaks even more for it: In Prussia low-ranking soldiers were called Landser. And their backpack was very similar in shape to today’s randoseru models. But how did the knapsack get from Prussia to Japan, many thousands of kilometers away?

Orientation to Europe brought the Randoseru to Japan

The answer is Emperor Mutsuhito and his Meiji reign. One of Mutsuhito’s first goals after coming to power was a fundamental reform of the military. And in doing so, he took a strong cue from Europe and especially Prussia (but also from the Netherlands, where the common military backpack was called “Ransel” and thus coined the term “Randsel” in Japan).

This went so far that he invited a number of Prussian military advisors to Japan, and as a result the Imperial Japanese Army adopted many military practices from Prussia. In addition to general conscription, this included the distinctive Randoseru infantry backpack.

With the adoption of the German Landser-Tornister at the country’s elite (military-style) schools in the late 19th century, backpacks gradually spread throughout Japan.

Randoseru looks today almost the same as back then

The shape and structure have hardly changed since then: A rigid, rectangular container with two compartments (for books and smaller utensils, respectively), with two shoulder straps attached to the back. In addition, there is the long cover (“flap”), which almost closes the backpack at the bottom and gives it its distinctive shape.

By the way, this backpack shape is called “Gakushūin” in Japan, in reference to the elite university of the same name in Tokyo. This is said to have been the first educational institution in the country to introduce the general use of randoseru as early as 1885 (!). This was reported by an archivist of Gakushūin University in an interview with the Japan Times.

“At the Gakushūin, a strictly military-oriented curriculum prevailed at that time. Students were expected to be very physically active and had to walk the long distances to school. (…) The college made the randoseru standard equipment when they realized the great advantage of these backpacks: that you had both hands free at all times when walking,” the archivist continues.

First leather model helped the breakthrough of the backpack

At that time, by the way, the Randoseru was still made of fabric. This did not change until 1887, when a first leather model appeared on campus. This is said to have adorned the back of Crown Prince Taisho and helped the randoseru achieve its breakthrough in the form still known today.

After only the wealthy city dwellers could afford a Randoseru in the first half of the century, the economic boom in the 1950s made it affordable for most Japanese and a ubiquitous must-have piece for elementary school students. And it also helped the SEIBAN company achieve cult status.

Good News at the end: Now SEIBAN brings out with its SICOBA backpacks also in Germany a real Randoseru. A piece of Japan-DNA in the middle of Europe. For all those interested, click here to go to the store. 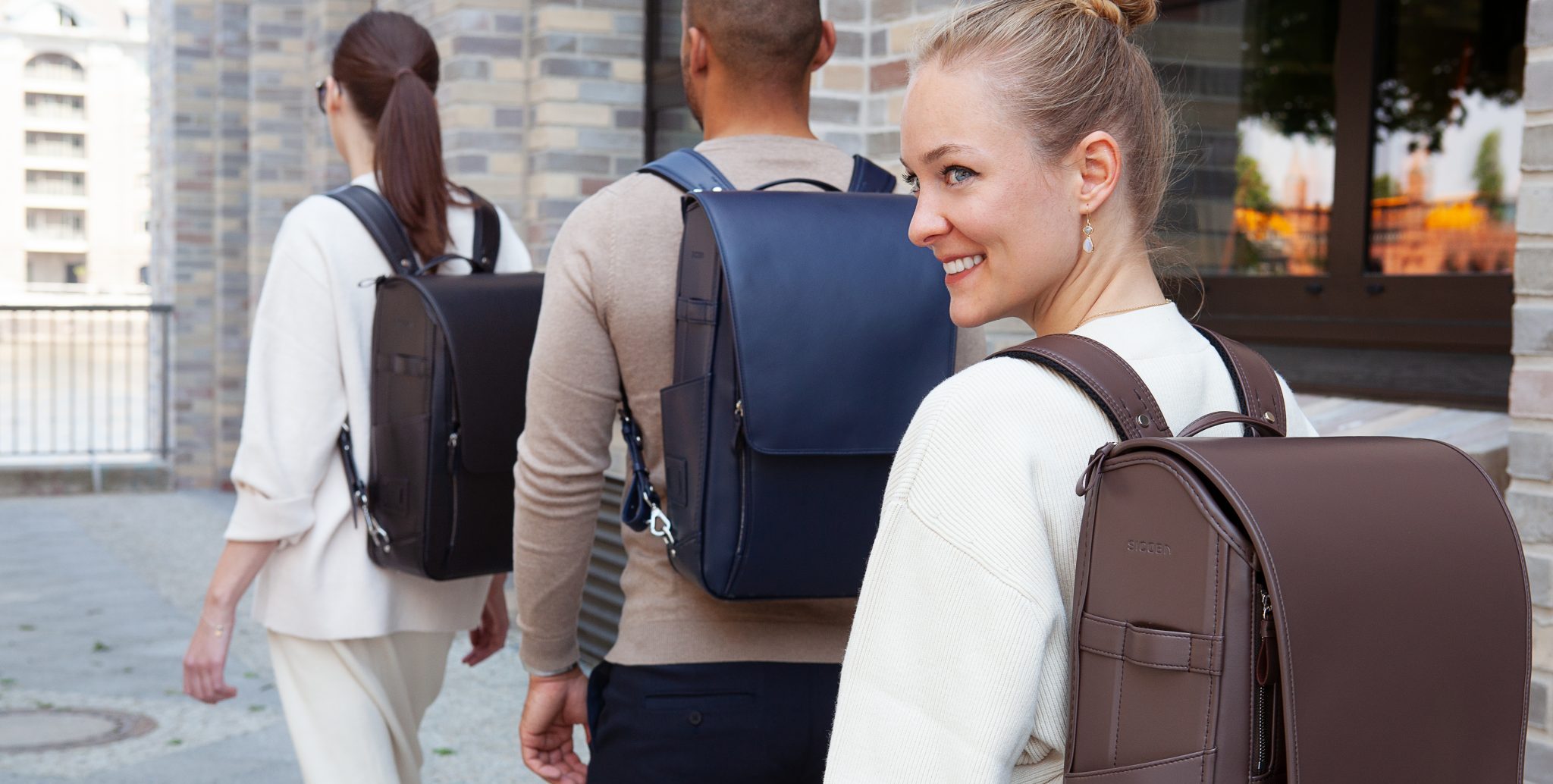 So important is the relief of the back – also for the psyche!

So important is the relief of the back – also for the psyche!

That carrying heavy loads endangers back health is known. More surprising: that the mental state can also suffer. It is therefore all the more important to find an ergonomically sound solution. For ex...

Orthopedist: “That’s why SICOBA is good for your back”

Orthopedist: “That’s why SICOBA is good for your back”

A backpack is back-friendlier than a briefcase, and if it’s a SICOBA, the back is even better off. This has to do with the manufacturer’s more than 100 years of bag expertise. And: with th...

Why there are 10 days of manual work in every SICOBA

Why there are 10 days of manual work in every SICOBA

Our claim at SICOBA is to produce backpacks that will give you pleasure for many years. So that we succeed, we are really “picky” in the manufacturing process. Every single SICOBA takes 10...